The President’s Perspective: How to Handle Imposter Syndrome

The President’s Perspective is a blog series from MSP President Fran Brown that explores the field of humanistic psychology and share insights into her experience as President. This month, President Brown shares an article on the intersection of Imposter Syndrome and parentification – and what can help.

Nearly a year ago I came across an article on imposter syndrome in the Chronicle of Higher Education. I’ve been saving it to share at the start of the academic year, when graduate students may be at their most vulnerable for comparing themselves to their colleagues and believing they’re coming up short. As indicated in the article, we in academia are susceptible to imposter syndrome; I believe we can all benefit from this Quick Tip. 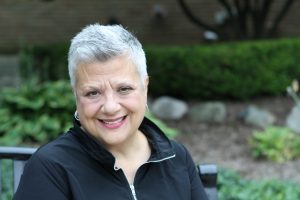 How to Beat Imposter Syndrome.

Talk about it with your colleagues. Maybe you’ve been through an examination or two, maybe you have deadlines looming. Perhaps you’ve experienced the urge to flee while sitting in a seminar.

Instead of running for the door, know this: It’s not unusual to feel as though you don’t belong because you’re not smart enough or deserving enough. It can happen around exam time or anytime of the year.

In fact, some groups of people – women, people of color, first-generation students – are particularly prone to those feelings. It’s called imposter syndrome. And many academics continue to feel like imposters long after they earn their doctorates.” (Chronicle of Higher Education, 2018)

Another group at risk for imposter syndrome are individuals with a childhood history of parentification. Parentification occurs when a child is made responsible for age-inappropriate emotional caretaking of one or more parents or primary caregivers. In these families, parents abdicate their authoritative roles and impose these responsibilities onto their children (Minuchin, Montalvo, Guenery, Rosman, & Schumer, 1967).

It’s easy to see how parentified children may grow into adults who feel like imposters. Parentified children ignore their own needs and focus on the needs of their parents. The unfortunate outcome can be difficulty with developing an independent sense of self and/or realistic view of one’s own abilities (Castro, Jones, & Mirsalimi, 2004). Because it is not possible for a child to fully meet the needs of the parent, they often grow into adults who are prone to feelings of inadequacy. These individuals can be anxious about their ability to meet the demands they place on themselves – the same self-doubt found in the impostor phenomenon:

Impostors feel that they will fail to live up to others’ and their own expectations…[they] harbor feelings of incompetence and are convinced that they are less intelligent than other people believe them to be. Striving to meet others’ expectations, they are insecure about their true identities. (Castro, Jones, & Mirsalimi, 2004)

According to the Chronicle, the best way to fight the imposter syndrome is to talk about it:

Be honest when you don’t know things, and raise the subject of imposter syndrome yourself, whether talking about it with your peers or with your students. If you’re open about it, you can build a support network to help you through tough times. (2018)