One of our 2020 doctoral grads, Nicholas Capaul, recently started a podcast with his twin brother called “Let’s Talk About Death With the Capaul Twins.” Dr. Capaul reflects below on growing up around death, his clinical work on grief, and the inspiration for their podcast.

As a young boy I couldn’t help noticing how the public treated my father. He was never judged by his warm, personable quirkiness nor his merit as a father, but by the line of work he chose. I believe that what my father does for a living is an honorable calling, but unfortunately most people avoid him, or see him as the grim reaper personified. Some people probably think he’s just plain “creepy.”

My father is a funeral director for Capaul Funeral Home, a family owned and operated business that has maintained its success over the course of eight decades and is now in the hands of the fourth generation of Capaul funeral directors.

It was always interesting when my classmates would find out what my father did. Most of them would barrage me with an arsenal of the usual questions, “How does he do that? Isn’t it scary being around dead people?” or the ever popular “Gross.”

It wasn’t until I neared adulthood that I became truly aware of the stigma attached to funeral directors. One that has no respect for the profession itself, but instead is fueled by the anxiety of the unknown, and the fear of death itself. My father became a physical representation of death, and therefore a scapegoat for society to avoid dealing with the real culprit.

Unlike my twin brother (Benny Capaul) who graduated into the family business, I became a psychologist who specializes in grief, loss and death. I want to continue to help the bereaved, even after the funeral is over. I want to be there when the friends stop calling, and pans of food are no longer brought to their door. It is during this raw time when most people are left alone to grieve in private, that they begin to really struggle.

We live in a society where time is of the essence and quantity has replaced quality. In the past, most of the dead were given a two-day visitation followed by a funeral and burial service, whereas today’s services are primarily immediate cremation. Few get the chance to say a final goodbye and closure is not always granted. These issues are amplified by our culture and this “work comes first” mindset that many have adopted. Not being allowed to take adequate time to mourn and forcing or guilting people to come back to work too quickly after a loss is far more commonplace than it should be.

As the anxiety surrounding death continues to skyrocket, especially in the era of COVID 19, my twin brother, Benny, and I have created a podcast called “Let’s Talk About Death” with hopes of decreasing the stigma, fear, and anxiety attached to death. Benny, as a licensed funeral professional and I, as a clinical psychologist have set out to discuss the difficult, often avoided topics that surround death and bereavement.

Having been raised within the funeral home “world” we feel we have a valuable perspective and deep understanding of death and the funeral industry that we hope may change the conversation, and better educate the public. In our experience, the general public is uncomfortable, if not terrified, of death.

With insight, experience, and a touch of humor, we dive into the difficult questions and issues most people have regarding death. Our goal is to invite the topic of death back into the room, instead of burying it. With a format that invites listeners to send in their own experiences and questions for a segment, we hope to get you listening and participating in every podcast. Let’s make death something to talk about, because, if you’re not talking about death, you’re not living! 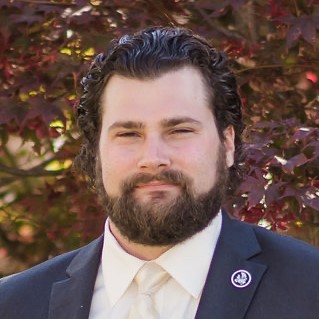