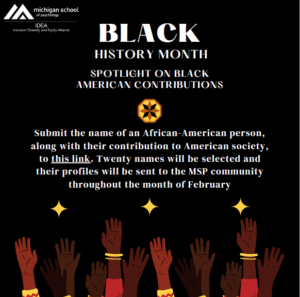 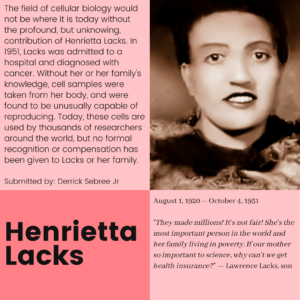 Due to the complex nature of her story, we’ve chosen to feature the the full IDEA profile of Henrietta Lacks, whose cells have been used by countless of researchers without her, nor her families consent, in this post. More information about Henrietta Lacks can be found here.

The full profiles of the following individuals were also shared as a part of this project, and can be found here and on the IDEA Facebook page.

A special thanks to Farid Alsabeh, IDEA, and everyone who submitted a profile for their contributions to this project.