The Encounter Deck: A Tool To Facilitate Groups 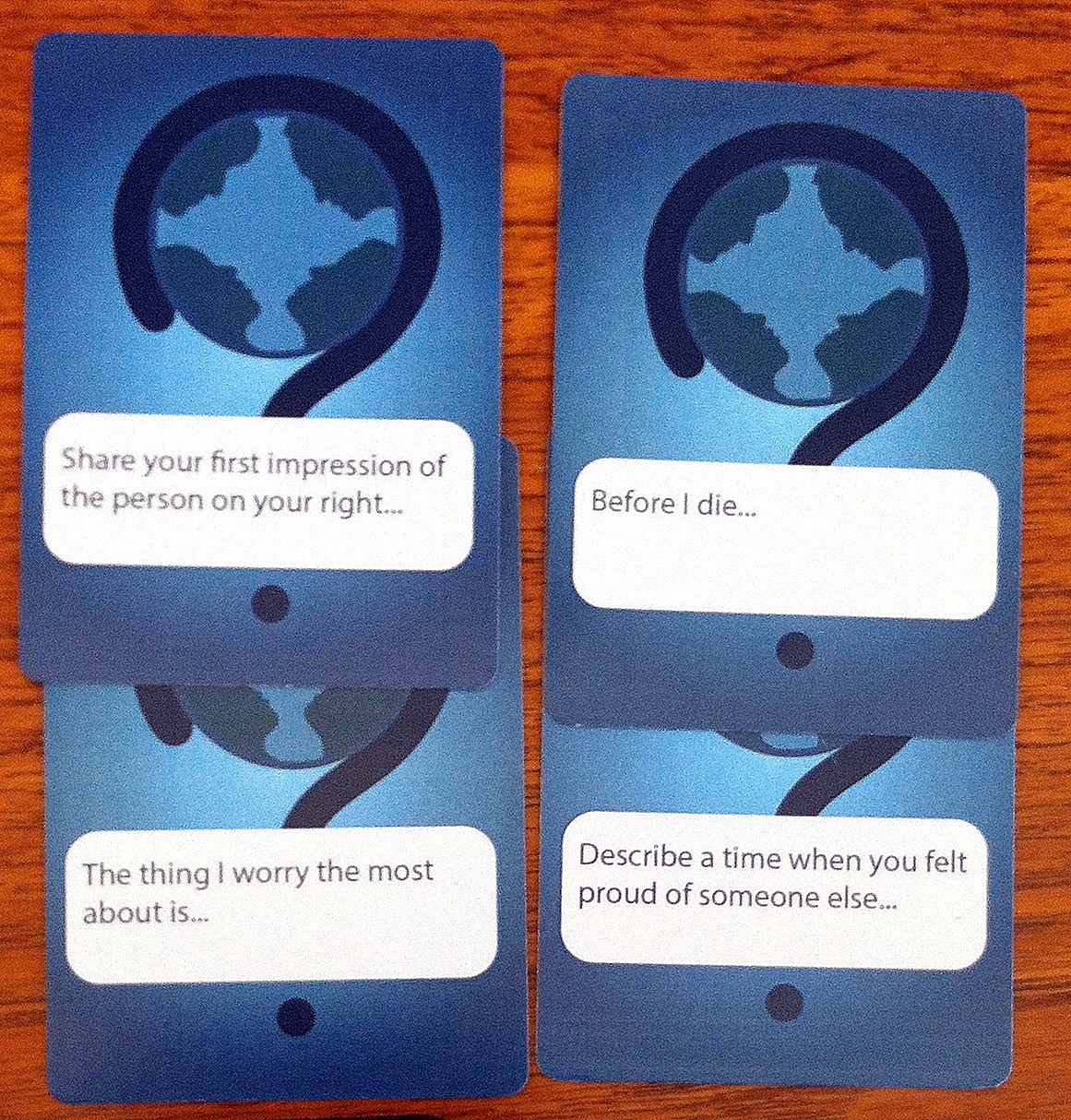 Back in February, I was thinking about the course that I would teach in the third (now current) semester called Group Process: Theory and Practice. One of the artifacts that I inherited early in my training was a deck of cards simply called “Response” that I have used with groups for over 20 years. I thought it would be great to recommend this as a tool for students to help augment their group work. Much to my dismay, an exhaustive search (including all the records in the copyright office from 1987!) turned up nothing about this particular deck of cards. The box it came in fell apart years ago, so all I had were the cards which I stored in a Ziploc bag and kept in my therapy briefcase.

In the prior year, I had developed and prototyped a party game using the same sized cards called PSYCHO!THERAPIST (which I am hoping to put up on Kickstarter later in the year). During that year long process, I had learned the basics of how to make cards digitally. So it dawned upon me that with a little help from an artist, I could make my own deck of cards which would allow students access to the same type of tool that I had used for many years.

The process took me about a month to complete, working out the visual design, the colors, etc. I then set to making a unique list of open ended statements or directives that encouraged self-disclosure in several areas such as identity, beliefs, values, feelings, memories, etc. Once I narrowed the list down to about 100 items, the best ones were made into cards.

As for the title, The Encounter Deck, this was a nod to my Humanistic training and the influence of Clark Moustakas. Moustakas (1967) describes, “The encounter is an immediate, imminent reality between two persons engaged in a living communion, where there is an absolute relatedness and a sense of mutuality” (p.57). In the time I spent as a student with Clark at the Center for Humanistic Studies, it always seemed that we did not just have class sessions or meetings, but each instance was an encounter all of its own. To me, the word “encounter” is synonymous with the way in which Clark experienced the world, and how I experienced my time with him.

In terms of feedback, so far the results have been good. I have been loaning the deck out to students who use them with their groups and then supply feedback. The feedback matched my goals in that the cards, offered as a type of game or warm-up activity, help group members become more involved and interested in one another and enhances group cohesion.

The deck includes directions of five ways to use the cards, as well as some questions to ask as a synthesis of the experience. The wind-up questions help foster interconnectivity between members as they reflect on what answers they related to, which ones surprised them, as well as new questions that arise as a result. One student indicated that as a result, the increase in interactions between teenage group members expanded beyond the group session.

I have been very happy with both the production quality and the results so far. My hope is that The Encounter Deck will travel with other therapists across their career just like the Response cards that inspired me have over mine.

Dr. Blackstock is a Core Faculty Member in the Master’s Program. He has been teaching at MSP since 2010.

PrevPreviousWhat Is Your Question?
NextRacial Scapegoating: An American Past TimeNext